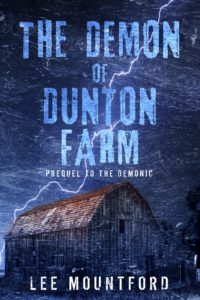 Well, that took longer than expected! But my second free short story – The Demon of Dunton Farm – is now ready and has been emailed out to my Mailing List.

So, if you haven’t already signed up to the list – what are you waiting for? There are two 10K word short stories just waiting for you. Click here to sign up.

Incidentally, if you are on the list and haven’t yet received it, give it a day or so then drop me a line.

The Demon of Dunton Farm acts as a prequel to my upcoming novel, The Demonic, and that book is also due out soon (so very soon!). It’s just with my editor for a second pass, to try to avoid the grammatical errors that hindered Horror in the Woods. So I’m aiming for a release either this week or next week. Incidentally, HITW will also be going for another edit when the Demonic is complete. I think I was a bit naive with my first book, which I have learned from.

The only other thing to update on is to say that my wife and I just got back from an amazing few days in Whitby (in North Yorkshire, England). If you’ve never been, but are able to, I highly recommend going. It’s such an amazing place, unlike anywhere else. Narrow, cobbled streets, houses set into rising hills, and what remains of the Abbey looking over the town from the cliffs above – it has an atmosphere all its own. AND Bram Stoker wrote a good portion of Dracula there! So you would be in good company. 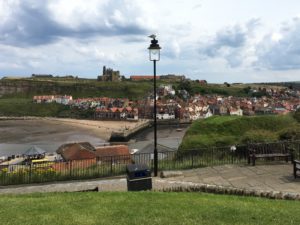